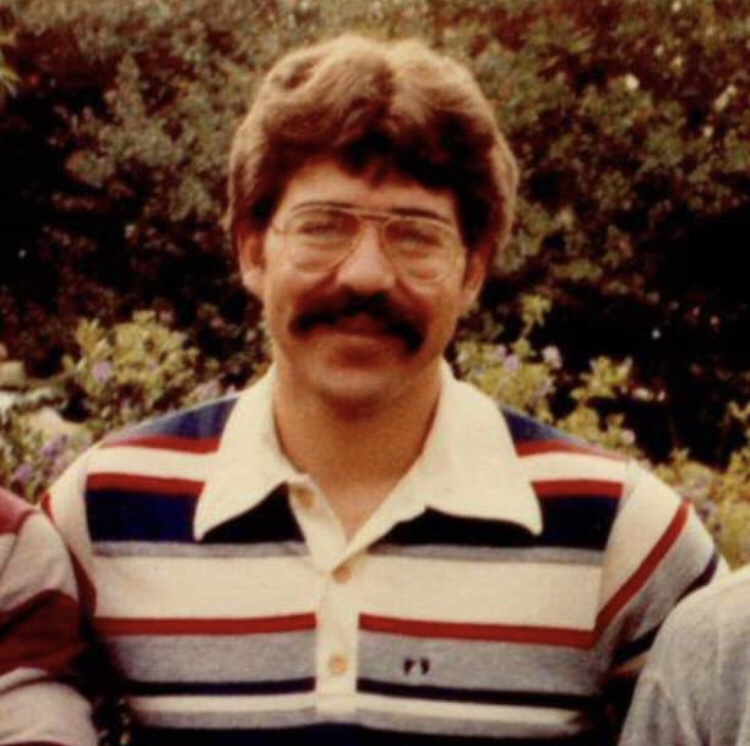 On this beautiful Friday in July, my father, the honorable (not because he’s a judge, but because he’s just straight up worthy of honor) Dave Cetti, turns seventy. I know what you’re thinking: Why doesn’t this dashing fellow age? Why, excellent Italian genetics, of course.

It struck me, today, that while in some circles my father is well known, not many people really know him. Since it’s one of my favorite past times to toot other people’s horns, I will be taking this opportunity to chronicle a few things I believe are notable about my dad.

He was a prankster in high school and college. And not some clumsy, two-bit prankster, I mean, precise measurements to fill bathtubs with edible jello. A briefcase with protective gear to properly install a butyric acid soaked cloth in the office of an unfair, life-ruining vice principal. Mailing himself to a girlfriend. Multi-participant endeavors to check out whole bookshelves at the library. He was crafty, and I would have been endlessly entertained by this if I were to have attended school with him. I would have insisted on being his friend.

His college major was music, although he had intended to take over the family glass business after graduation. He enjoys music in a way I don’t observe in others. He composes symphonies and pop songs. He drifts onto rumble strips when he’s engrossed in a song while driving. He animatedly conducts orchestral pieces he’s particularly moved by (think the conductor at the very beginning of Baz Luhrmann’s Moulin Rouge). He can play multiple Elton John songs on the piano, which he taught himself by ear. His friend group formed a band in college and he was their producer and background snapper.

Speaking of the background, I’ve never known anyone so disinterested in flattery, compliments or attention. He is almost put off by them. For about 20 years he worked alongside his best friend and expertly supported his work. Bob Cryder had a big, fun personality, made for the stage, and my dad loved doing all the background things to help him succeed.

My favorite trade off for this was that Uncle Bob would bring back fantastical stories from the road of my dad that I’m sure he never would have thought to relay. From the silly way he shuffles backwards out of his socks, to the time they were let out of a Mexican prison (wrongfully imprisoned, of course) because the guards thought his resemblance to Pancho Villa was just too good… I loved it all. I ate it up. My dad is so cool and I loved having someone who could keep me updated on that when I wasn’t around to see it.

One of the most formational things from childhood was a moment when my dad was comforting me while I cried about something. He said I was tender-hearted and it was a beautiful, good thing. He warned me that many people who start out that way, get hurt and allow those hurts to build walls of protection; sadly leading to a hardened heart. He said he would hate to see my heart become hard. He advised me to do my best to keep feeling, even when it seemed foolish. I haven’t always know what to do with my many big emotions, and sometimes I’ve worried they are burdensome to others, but I’ve done my very best to never turn them off. All these years later, my poor heart is still tender, and while there have been plenty of things which could have caused me to harden it, I’m glad it’s still tender. I’m forever grateful my dad placed proper value on my feelings.

Another thing I love about him, is his afternoon mocha. He is not a coffee drinker, and I tease him that this mocha does nothing to make him one. It’s a 16 ounce, single shot mocha with an added packet of raw sugar. It’s a treat (side note: if you’re looking to buy him something for his birthday, he loves the mochas at Black Rock, and they do sell gift cards). In a world full of hurt and uncertainty and sadness, we all should have something that makes us as happy as this mocha makes my dad. I admire his commitment to it.

For better or worse, I’m proud to have inherited my dad’s lack of self-awareness. Whether it’s the faces we don’t know we’re making that definitely betray our politeness to express our true feelings or the silly things we do in public while simultaneously in our own world. He seems comfortable anywhere, because he’s always also halfway in his own world.

What you maybe do know about my dad (if you know him), is his passionate commitment the prayer. His love for God runs deep and fully, thoroughly lives his life submitted to “not my will, but Yours be done”. He doesn’t make any major moves without feeling strongly that it’s God’s will. He doesn’t want to go anywhere God isn’t leading him. He doesn’t want to build anything, or be a part of any building project, God isn’t constructing/architecting. He’s spent the better part of his career alongside evangelists and pastors, encouraging them to seek God, facilitating prayer summits around the world. The world is too full of people building their own empires and making names for themselves. The only name my dad cares about is God’s. He doesn’t want to misrepresent Him, He doesn’t want an ounce of His glory. A lot of people might feign this attitude, but my dad is truly this way, and I love him for it.

My dad loves my mother “madly”, which is very sweet. He’s written her songs and is always singing her praises. He’s a rare gem. He’s always loved and supported my sisters and I. He used to gift us daddy-daughter-dates for Christmas/birthdays and they were my favorite. He’s a wonderful husband and father. He’s never once yelled at any of us, which is kind of amazing because at least one of us (me) probably would have deserved it at some point. He’s a true gentleman.

He’s so many things I strive to be: genuine, committed, funny, optimistic, humble, gentle, passionate and loyal. Just the tip of the iceberg that is the illustrious Dave Cetti. Join me in celebrating this wonderful man today.